Showing posts from April, 2012
Show all

The Duke of Flatbush 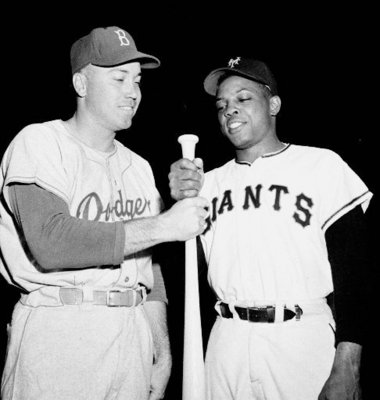 Duke and Willie   The View From Argyle Heights By Homeowner Harry (Another in a series of observations about life in West Midwood as it is lived today…or maybe not) April. Opening Day. Hope. Last season is washed clean. My team starts out in first place and probably won’t fall more than 15 games behind until May, by which time the NBA and NHL playoffs will be in full bloom. So yes, I’m a Mets fan. Not out of choice, I can assure you. And it’s not destiny either. It’s geography. My father was a Giants fan who was fond of saying Willie Mays was the best ball player he ever saw, “and that includes Ruth, Cobb, Williams and ANYBODY ELSE YOU’D CARE TO MENTION,” he’d interject before you could counter. And yet none of his nine kids followed him into Giants fandom. Instead we all rooted for the Brooklyn Dodgers. Duh. We lived only two miles from Ebbets Field – Rogers Avenue to Empire Boulevard and then left to Bedford Avenue. I don’t remember attending a game with my father there – but
Post a Comment
Read more
More posts