Showing posts from May, 2019
Show all

The Stories Your House Could Tell: 725 Westminster Road 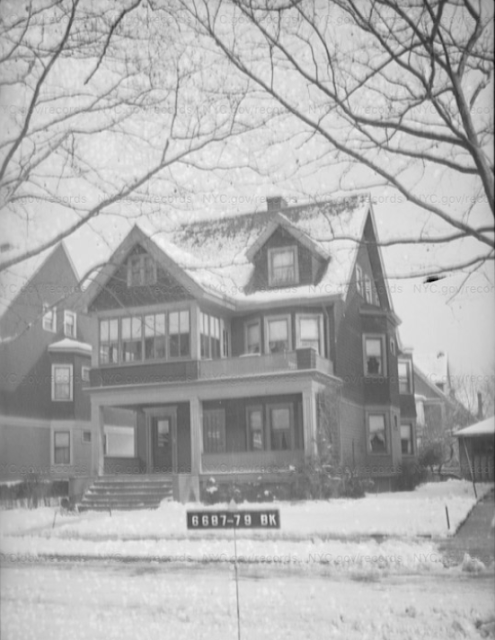 Educators, Soldiers & 50 Shades of Yellow 1940 NYC Tax Photo for 725 Westminster Road 1907: T. B. Ackerson For the 6th installment in our 242-part series, we wandered west to Westminster Road where, in 1904, 39 two-family homes were built by Thomas Benton Ackerson, the father of two other notable Victorian Flatbush enclaves – Beverly Square West and Fiske Terrace.  Ackerson acquired the Westminster block after Germania Real Estate Company first cleared what was then known as “Lott’s Woods,” laid down roads and sidewalks, built the mall along Glenwood and ran gas, sewer, and water lines to all the empty lots.    1905 Post of Ackerson's Purchase of Westminster aka E 12th St from Germania in Late 1904   Ackerson would later boast that all the houses were sold by March of 1905. In fact many homes were still being advertised by the end of that year.   Published 1907 in Ackerson Sales Pamphlet for Fiske Terrace Published 1907 in Ackerson Sales Pam
Post a Comment
Read more
More posts