Showing posts from 2013
Show all

The View From Argyle Heights: Holiday Wishes By Homeowner Harry (Another in a series of observations about life in West Midwood as it is lived today…or maybe not) -Gold is discovered in the freight train cut, creating full occupancy in all our B & Bs, and forcing the West Midwood Martial Arts & Family Fitness Center to schedule night classes to accommodate the new crowd, who will quickly be called “The Cut Diggers”. -Avenue H is allowed to revert to Hiawatha Avenue, its original name before THE MAN homogenized it. -A stationary NYPD post is created outside my house and manned 24/7. -The Ox Cart keeps their delicious lamb lasagna on the menu. -That leak in the flashing of my side window that has plagued me for 25 years, despite the efforts of 12 different roofers and an exorcist, experiences a spontaneous remission. -I stop getting robo-calls from politicians and Congress wakes up and smells the coffee. -The West Midwood Halloween Parade is renamed the “Cut Gathering
Post a Comment
Read more

Argylian Days of Yore: West Midwood in the 1950s 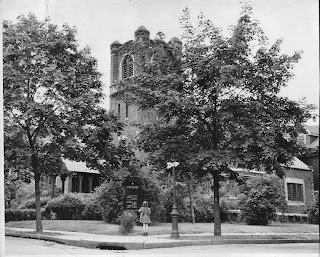 The View From Argyle Heights: West Midwood in the 1950s By Homeowner Harry (Another in a series of observations about life in West Midwood as it is lived today…or maybe not) In August, I got an email from California asking for a subscription to the West Midwood Newsletter. My initial reaction was to think: “Yes! The Newsletter has gone viral!”  America was finally discovering my deep insights into why the neighborhood should start calling itself Argyle Heights, thereby upping property values 15-20% thanks to the desirability of embedding altitude into our name. I was considering creating a shielded Pay Pal account with deposits funneled into an offshore brokerage in the Caymans so as to speed up my retirement. To assist future marketing plans, in my return email containing the Pay Pal instructions, I added a PS: “BTW, how did you hear about the Newsletter? Did somebody put it on You Tube?” The answer dashed all my hopes: “No, I was staying at a West Midwood Bed & Breakfa
3 comments
Read more 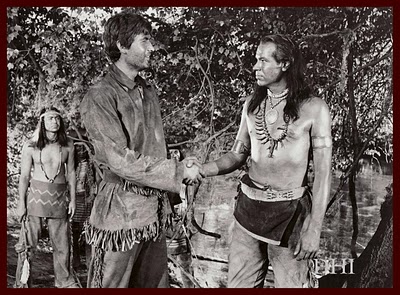 Another Hero of My Youth  (Another in a series of observations about life in West Midwood as it is lived today…or maybe not) Lately, observing the political scene, I wondered whether the portrait of Davy Crockett in the 1955 Walt Disney TV mini-series - later released as a movie - was accurate. Was he really a man of principle who, to paraphrase his most famous quote, made sure he was right, then went ahead and did the right thing? For those who have not seen the movie, which by the way, my 8 year old son loved watching back in the days of VHS tapes (and now can be streamed online for a couple of bucks), Davy Crockett was presented as an Indian fighter in the first episode who extended his hand to his foes once a treaty was signed. Davey in Profile Here Looks Like One of the "Fab Four" Who Would Cause A Sensation 9 Years Hence Then in episode two he befriended a Native American family evicted from their home by criminals, and helped to forcibly retake their land f
Post a Comment
Read more

Stuck Inside of Dekalb With the Newkirk Blues Again 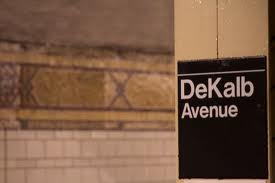 THE VIEW FROM ARGYLE HEIGHTS February 2013.    "Ladies and gentleman we have red signals in front of us. As soon as those signals clear, we will proceed."   The train was packed.   I was scrunched up against the door.   This announcement left a lot to be desired. Somebody needed to take it to the next level. That would be something on the order of: "The red signals ahead are caused by yet another tree on the tracks, one in a series of 100 trees that have fallen on the Brighton tracks since 2000.” “We are not moving because Godzilla is on the tracks! He's heading this way!!” “Ladies and gentlemen, one word:   Zombies again…I meant two words.” As I type this on my smart phone, I have been stuck on a Q train beneath Prospect Park for some time. I had been debating whether to write something about the subways but I try to be positive in these pieces. Generosity of spirit is uplifting. Ranting and raving is not. But there comes a time. Li
Post a Comment
Read more
More posts